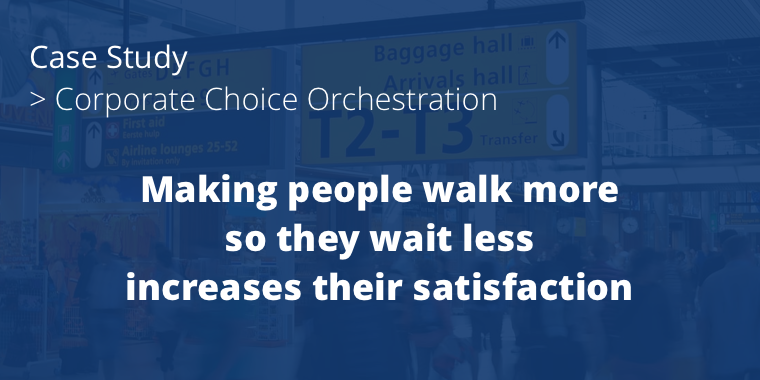 Via Alex Stone in the NYT (take it with just a small grain of salt as I couldn’t locate the original research, but the NYT editors should have done their job right and checked it). The first paragraphs say it all and it’s an excellent case study:

SOME years ago, executives at a Houston airport faced a troubling customer-relations issue. Passengers were lodging an inordinate number of complaints about the long waits at baggage claim. In response, the executives increased the number of baggage handlers working that shift. The plan worked: the average wait fell to eight minutes, well within industry benchmarks. But the complaints persisted.

Puzzled, the airport executives undertook a more careful, on-site analysis. They found that it took passengers a minute to walk from their arrival gates to baggage claim and seven more minutes to get their bags. Roughly 88 percent of their time, in other words, was spent standing around waiting for their bags.

So the airport decided on a new approach: instead of reducing wait times, it moved the arrival gates away from the main terminal and routed bags to the outermost carousel. Passengers now had to walk six times longer to get their bags. Complaints dropped to near zero.

Waiting is so painful people prefer to walk 7 mins then wait 1 min, rather than walk 1 min and wait 7 mins. 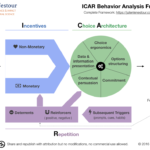 Note: Only the relevant dimensions of the ICAR Behavior Analysis Framework are commented below. To discover the complete framework click here (or click on the image to see an overview).

This example reinforces the fact that you should make the difference between objective and subjective customer satisfaction so you can uncover the elements driving the subjective one and start shaping it to your benefit.